In this brief overview of the Fairfield and Westchester County retail real estate markets, CoStar data indicates a slight softening in Westchester, as total availability ticked up and asking rents moved down over the past year. In contrast, Fairfield saw some strengthening, with availability declining and average asking rents rising.   . 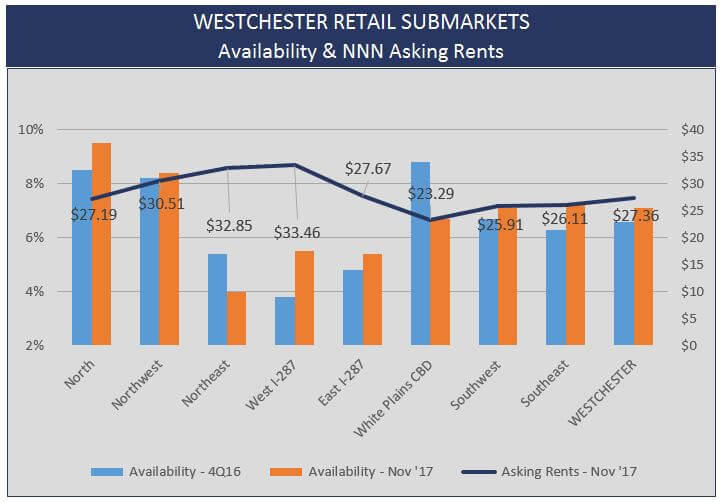 WESTCHESTER SUBMARKETS
(from North to South) 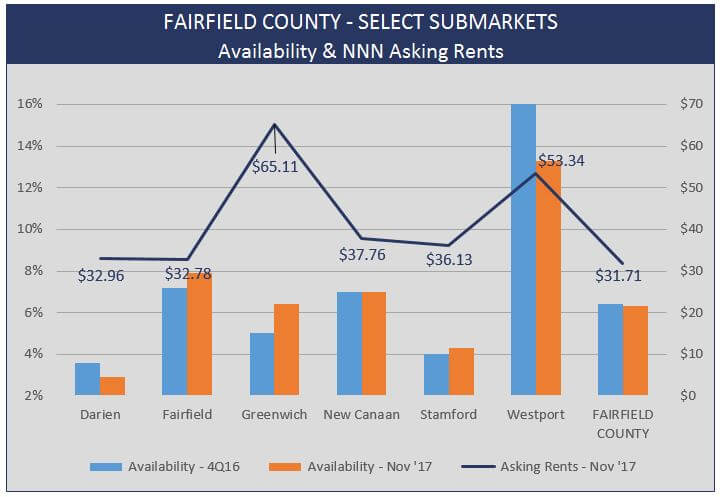 .
Westport, which had the new Bedford Square (BSQ) mixed-use development come on line in 2016, is still in the process of absorbing the 72,000 square feet of additional retail space that BSQ added to the market. However, Westport’s availability has already shown improvement, declining by 3% since the end of 2016.