Over the past five years, we’ve seen health care become an increasingly significant component of retail leasing, a trend Admiral mentioned in our November retail market report. This change is tied not only to changing spending patterns relating to the aging and retirement of the Baby Boomers, but also to the still-evolving effects of The Affordable Health Care Act.  Health care tenants have the added benefit of bringing significant pedestrian traffic and consumer dollars to neighboring retailers.

Below is a great article from Real Estate Forum which outlines the drivers behind this trend. 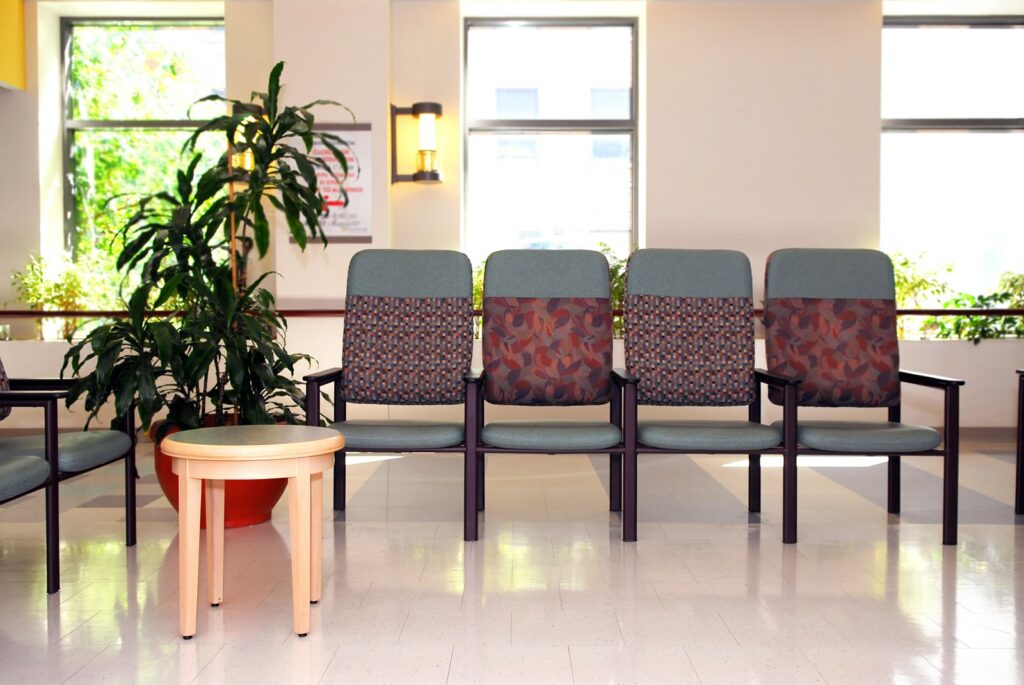 Changes in healthcare delivery are driving changes in how healthcare real estate gets developed, and it’s not only the Affordable Care Act behind the transformation.

Aging Baby Boomers and maturing Millennials are seeking more convenient access and more choices in healthcare. Meanwhile, efforts by health systems to provide care in more cost effective ways and places—and the efficiencies that come from putting primary care facilities in the same location as diagnostic tests and outpatient surgical facilities—are all playing a role.

The trend for more treatment to be delivered on an outpatient basis is driving some new approaches to design and development of healthcare real estate, says Katie Jacoby, SVP of Anchor Health Properties, developer of Nemours duPont Pediatrics, a $45-million, 65,000-square-foot facility in Deptford, NJ.

The project broke ground in May and is scheduled to open next summer. It will provide specialized pediatric care, therapeutic services, an ambulatory surgery center and imaging capabilities including MRI, ultrasound and x-ray for families in South Jersey who would otherwise drive 30 to 45 minutes into the Wilmington area for treatment at Nemours’ sprawling medical center complex there. Earlier this year, Jacoby’s firm developed a 72,000-square-foot outpatient facility for Penn Medicine Chester County Hospital in Jennersville, PA.

Jacoby’s observations are echoed by other professionals in the healthcare real estate sector, who see healthcare systems trying hard to push ambulatory services away from high-cost hospital settings, closer to the communities where their patient/clients live.

“There’s an overall shift in the delivery of care models. Certainly, part of that is regulatory, brought on by the Affordable Care Act, where reimbursements are shifting from a volume-based system, in which you just get paid by the number of procedures you do, to a value-based system, where the patient outcome is measured,” says John Wilson, president of HSA PrimeCare in Chicago. “That’s one of the trends that’s affecting the delivery of care model, which drives the bricks and mortar.”

“Retail medicine is a serious disruptive innovation that’s taken place in healthcare, and is continuing to evolve,” says Scott Mason, executive managing director of Cushman & Wakefield’s healthcare practice group and co-author of the article “Real Estate and the Rise of Retail Medicine,” in a recent Frontiers of Health Services Management, a peer-reviewed publication of the American College of Healthcare Executives. “The new core service of healthcare is community-based ambulatory care.”

In the southern New Jersey bedroom community of Cherry Hill, a long-vacant Syms clothing store is being redeveloped by the University of Pennsylvania’s health system as a 150,000-square-foot urgent care facility. Less than five miles to the west, in September 2014, Lourdes Health System opened a similar facility in the renovated space once occupied by a Pathmark supermarket.

As services are being pushed off hospital campuses to lower-cost settings, most health systems are recognizing they have gaps in the services they provide, says Mason.

“From a developer perspective, there needs to be new and better located space developed in the near future in most markets, in conjunction with a health system or hospital partner,” says Mason. “It could involve third-party money or one-stop care locations, which entails bigger footprints and bigger boxes in visible locations. The future is ripe for developers in healthcare, especially if they can team up as a preferred vendor with a provider to help build out their network with modern, well-located and configured facilities.”

The end result, according to Wilson, is a patient-centric model, where the facilities are closer to the patient, with specialty and diagnostics capabilities and more outpatient surgical centers.

“To the institutional investors who are in the know and are tracking where healthcare is trending, that makes an asset that has those components much more attractive,” says Garth Hogan, executive managing director of Global Healthcare Services with Newmark Grubb Knight Frank. “We’ve seen them get more aggressive on their acquisitions and their cap rates.”

In September, NGKF set a local record in Phoenix with the $141-million sale for IMS Medical Group of four class A multispecialty and primary care buildings totaling 406,894 feet. “They’re expanding and have relationships with almost all the hospitals in the area,” says Hogan. “To an investor, that’s attractive, compared to a multi-tenant building with no story behind the tenant mix and referral patterns.”

Because of the nature of the portfolio, institutional investors competed aggressively, and the ultimate sale price was higher, Hogan says. In September, he told Real Estate Forum’s sister publication, GlobeSt.com, that “Physicians’ groups are the future for the ACA. They’ve grouped in a one-stop shop, which lowers costs and is attractive to REITs.”

In Southern California last year, NGKF sold a $130-million package with cap rates ranging from 5.25% to the “high fives,” says Hogan. “We’ve definitely experienced high velocity in our deals and our pipeline is already full for 2016.”

What health systems will need, says Mason, is “a branded continuum of facilities that offer services in a variety of locations, all of which represent more of a multi-channel retail response to access and cost issues in healthcare. The way that has played out is that it has created far greater emphasis on off-campus than on-campus.”

Well over half of all physicians are employed by health systems rather than independent practices, Mason says. “Any approach to population health management—the future of healthcare—is going to be driven by primary care distributed through key access points,” he says. “Historically, when physicians were dependent on their own income, all they could afford was class-B space. Increasingly doctors will be in visible class-A space, possibly in retail zones, visible and accessible to walk-in patients. That’s huge, that’s really important.”

Eric Fischer, managing director of Trammell Crow’s healthcare development and investment council, says his firm has upward of 15 to 18 standalone ambulatory care complexes under development. “We refer to them as integrated medical pavilions,” he says. “They can bookend in effect every service that you can expect at a hospital without the bed, to the other end of the spectrum, a light ambulatory care center for pediatrics or family care medicine.”

It’s not just the ACA that’s driving this approach to primary care. The move to these pavilions, according to Fischer is a combination of cost, convenience, and efficiency. “Locating services closer to key populations or markets is very important,” he says. “Patients are now driving just 10 or 15 minutes to see doctors, have lab work done and get a whole host of services, and not have to make multiple trips.”

On-campus medical space is expensive and difficult to build, Fischer says. Hospitals are focused on treating the sickest patients, and moving routine services off campus to more efficient locations.

“You’re creating more innovative footprints and designs that allow patients and doctors to flow and interact more efficiently and to staff these facilities in a much more optimal manner,” he says. “That’s much more difficult to do when you’re building in a traditional urban hospital setting.”

Trammell Crow sees medical facilities being located in infill leased space in a strip center, a mixed-use development or within a retail setting or, in some cases “just a brilliant piece of land you’ve been able to secure at the right price and the right location.”

Healthcare projects going into retail settings are typically family care, pediatric services or walk-in urgent care centers, and the “greenfield” sites will typically have a surgical center, an endoscopy suite and “those other types of more intensive services,” Fischer says.

Fischer also is seeing a great deal of project management work for healthcare systems needing to rebuild or renovate existing older facilities. In Washington, DC, for example, the firm is working with “a prominent academic medical center” on the upgrade of a 477,000-square-foot medical-surgical pavilion. “It’s a project that’s in reaction to the fact that hospitals are getting older and really require a high level of upgrading and modernization to right-size the higher level of acuity and the complexity of patients,” he says.

In heavily regulated states, where hospitals require certificates of need for services, growth will be steady, Fischer predicts. “These facilities have been thoughtfully planned and will be built based on need that is carefully regulated and managed,” he says. “So I see a slow and steady growth curve over the next decade.”

In markets that are not regulated, Fischer sees some risk of overbuilding. “Folks are building a lot of product,” he says. “In the unregulated markets, we see much more tactical, competitive growth that has some risk associated with it relevant to overcapacity.”

Capital markets have a strong appetite for healthcare real estate, especially from public and private REITs, and there is not enough product available, Fischer says. “That’s a good trend to build and develop,” he says. “Long-term, we’re seeing a maturing of the sector, in recognition that it is a real asset class from a capital perspective. Capital is the lifeblood for healthcare real estate; it’s a critical element.”