An event flyer from PORCH – a new store at 153 E. Main St. – promises “manly refreshments,” complimentary gift wrapping and the assurance that “Gentlemen, you can do better.” 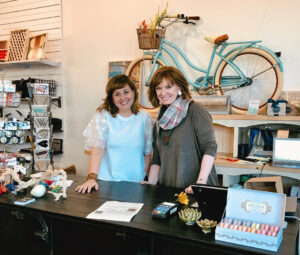 “We’re encouraging all the guys who maybe have put their shopping off to the very end to come in and we’ll help them find the right gift,” said Suzanne Grant, a co-owner of the store. PORCH is just one of the thousands of retailers across the country – and in Westchester County – getting creative to bring in customers during what is expected to be a record-setting holiday shopping season..

With unemployment at its lowest point since 1969, there are indicators shoppers will spend more this year on gifts than usual. A survey from the National Retail Federation trade group found the average consumer expects to drop about $1,007 on holiday gifts and related purchases, up 4.1 percent from a year earlier. The research firm eMarketer predicted in November that total holiday sales would cross the trilliondollar mark for the first time ever. 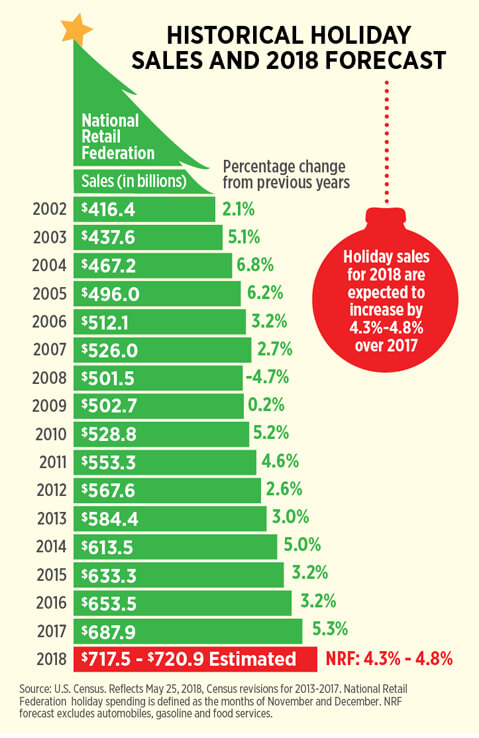 Amazon certainly will soak up its fair share of those sales. The online retail giant said Cyber Monday was the “single-biggest shopping day” in its history, though it did not release revenue data.

An NRF survey following Thanksgiving weekend estimated that the majority of shoppers, about 89 million people, shopped both online and in stores, a number up nearly 40 percent from last year.

To help draw those customers to their stores, villages and towns are offering free parking, while malls are adding pop-up stores and events. In a first-ever collaboration, Jefferson Valley Mall is hosting a pop-up from Peekskill Brewery, including beers on draft.

At The Westchester in White Plains, dogs donning holiday sweaters trotted past Gucci and Tiffany and Co. for the mall’s pet photo night with Santa on Dec. 9. The mall has hosted pet photo night twice each holiday season for nearly a decade, but the event continues to grow in popularity, according to Paula E. Kelliher, The Westchester’s director of marketing. This year even featured the mall’s first pet pig photo. 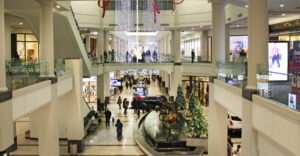 In general, Kelliher said, “business has been thriving. It has really been probably the best-ever second and third quarter this year for us. Traffic and sales are trending upwards and it’s been very brisk since Black Friday.”

The promise of a holiday boost comes following another year of bleak headlines for the national retail market. Famous brands such as Sears, Toys R Us and JCPenney all announced mass closings. More than 146 million square feet of retail space has closed, or will close, in the U.S. this year as of December, according to CoStar data cited by CNBC. That’s up from 105 million square feet in 2017.

Westchester’s market, the report found, is near its top performance in the past six years, with average asking rents approaching $29 per square foot and a vacancy rate below 4 percent. Vacancies hovered around 6 percent as recently as 2013. That year, average asking rents were just under $27, according to the report.

Westchester has a population just shy of 1 million and average income levels 50 percent higher than the national average, above even Manhattan, according to the report.

“I think retailers are starting to see just how much buying power there is when you compare Westchester to New York City,” Gordon said. “Yes, New York City obviously has more density, but Westchester has the sheer income-buying power, paired with the fact that rents are cheaper.”

“All of the mixed-use construction in White Plains, New Rochelle and Yonkers will only improve the demographics from a density perspective,” she said.

Businesses that provide products or services hard to buy online are growing – including food, fitness, urgent care medicine and experiential retail, such as escape rooms or paint bars. But apparel retailers have opened with increasing frequency in the county as well. Gordon points to harry: a Rothmans Project as an example. The boutique men’s clothing store opened in the retail space below his company’s Bronxville office in 2016.

“People are looking for a slightly more personal experience or, even more, a curated experience,” Gordon said. “Something where they can talk to an expert in whatever it is they are purchasing.”

That description could include PORCH, which Grant opened with her business partner Jen Gerken in October. Gerken is an interior decorator, while Grant’s background is in marketing and branding. The store’s mix of items include work from local artisans and its original UVO line – for unique, vintage and original. The line includes items found at estate sales and antique shops and then improved or refinished, often referred to as upcycling.

“Every person that walks in the door says ‘We needed a store like this,’” Grant said. “I think there’s only so much you can buy on the internet. You need to be able to touch things, see them with your own eyes.”

After searching in Mount Kisco and surrounding towns, the partners found the East Main location, right on the street’s intersection with Green Street. The space offers a nice splash of sunlight and good visibility from the road, Grant said. A Mount Kisco resident, Grant said the improving state of the village’s real estate market encouraged her and Gerken to open.

“We were watching the downtown area and noticed a little bit of a boom,” Grant said. She said the village has adopted friendlier business practices and made working with various departments easier.

PORCH may be on to something with their last-minute guy’s night, as well. Mastercard’s SpendingPulse, which tracks national retail sales, predicts shoppers in the country will spend more than $60 billion on retail purchases during the final weekend before Christmas. That’s 50 percent more than a decade ago – and 19 percent more than just five years ago.