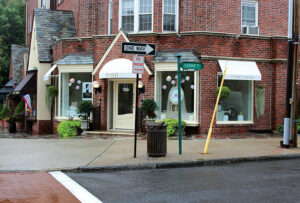 Not long ago, empty storefronts in downtown Bronxville resembled a smile with missing teeth, but a confluence of factors in the past year-and-a-half has filled in the unsightly gaps.

A dozen businesses had closed in the compact business district. Stillmeadow Gourmet, North clothing boutique, Savanna at Home furniture, Citrine jewelry, the fishmonger, the optician, the photography studio and others were gone. . 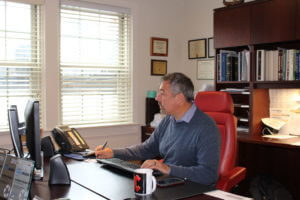 “Bronxville is leased up now,” said Jonathan H. Gordon, a broker for Admiral Real Estate Services. “The vacancy rate is far below what you see in New York City and other central business districts.”

The Taco Project, a popular Tarrytown takeout, is moving into the Stillmeadow space. Booskerdoor Coffee & Baking Co. has leased a small space near Starbucks. Pete’s Park Place Tavern has expanded into Citrine’s. A Greek restaurant is being built out in the former Savanna store and across the street POSH Beauty Boutique has replaced a Verizon shop. A pilates studio is moving into the former photography studio.

Gordon attributes the turnaround to a collaboration between village officials, merchants and the chamber of commerce, residents, landlords and real estate brokers. And luck.

The economy is strong, so shoppers are spending. 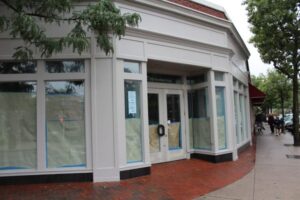 Bronxville also has considerable built-in advantages. It is one of Westchester’s wealthiest places, with family incomes averaging $381,000. The downtown is compact with more than a hundred shops and offices packed into a walkable wedge of streets. Parts of the business district have retained a quaint, European-like feel.

But in an era of low-cost internet commerce and stiff big box store competition, charm and money are not enough to stave off failure.

Gordon, his colleague Haryn B. Intner and Village Administrator James Palmer described a virtuous cycle of observation, adaptation, trial and error and matchmaking that have switched the momentum from decline to growth.

People are social creatures, Gordon said. They are fatigued by the web. They want merchants who know their business and understand their customers.

When Gordon walks into Harry’s (harry: A Rothmans Project) men’s clothing store, he is confident that he will walk out with a good-looking garment. Value Drugs seems to have exactly what he needs, and if it doesn’t, the staff will get it. The crew at Beer Noggin teaches customers and listens too; when your favorite small-batch IPA arrives, they call you. 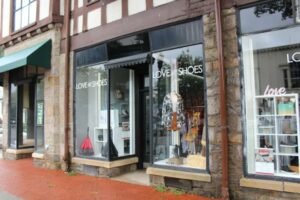 Food is a crucial part of the mix. You can go to Rosie’s Bistro Italiano for dinner, walk to the Bow Tie theatre to watch an indie film, and then stop by Haagen-Dazs Ice Cream Shop for a late-night snack. They complement one another, driving consumer traffic back and forth.

Intner said Bronxville has all the elements necessary for a thriving business district. The Metro-North train station is in the center. Schools, NewYork-Presbyterian Lawrence Hospital, the movie theater and restaurants are all within walking distance of one another.

There is a constant flow of different types of people: kids looking for snacks after school, hospital staff on lunch breaks, commuters picking up bagels and coffee on the way to work and takeout on the way home.

Intner would like to see even more food offerings. But there can be too much of a good thing.

“You don’t want to become a food court,” she said. “If all you have is restaurants, then your town is dead for three-quarters of the day.”

The key is a balance of businesses, especially fitness, food, medical and services. A vibrant business district will have a mix of local and regional stores, including mom-and-pop establishments that offer exceptional service.

She is a fan of Toney Toni and the Gang women’s clothing, and is looking forward to Whim fashions, a Mount Kisco retailer, moving in.

Village officials have taken on a more vigilant role in filling vacant storefronts, amending the zoning code and streamlining regulations. Special permits and variances and parking studies are no longer rigidly required. Health clubs, for instance, had to get special permits to open; now small gyms can bypass the requirement.

The village has more than 1,200 parking spaces downtown, shared by Metro-North commuters, merchants and shoppers. The village has tweaked parking by relocating, for instance, some of the commuter parking and merchant permit parking to a new garage on Kensington Terrace.

Mayor Mary Marvin and the village board have been “absolutely supportive of these changes,” Palmer said. “The board has a grasp of how quickly things can change and how quickly it must act.”

Fewer governmental restrictions, a variety of retailers and restaurants, an active chamber of commerce, and matching the right businesses to the right spaces have helped fill in the gaps.

Above all, Gordon said, is great service.

“Feeling taken care of is the key,” he said, “where the retailer lets you walk out happy.”